I was randomly surfing the Internet and stumbled upon a Substack by Alex Berenson.
It seems that Alex is a big opponent of COVID vaccines and vaccines in general.
I can’t argue about vaccines, as I’m not an expert on that topic . So my opinion is as good as everybody else’s.
To be completely truthful, I’m not an expert in anything. 🙂


So, after scrolling through numerous articles, I randomly (I swear!) clicked on the (Influenza) virus gonna virus post and read the following:

Screenshot of the article. Red line is mine.

The first question that popped up in my head, after I didn’t see the trend, was: “But what about population growth?”
I’ve checked, from 1959 to 2016 the US population grew from 176.5M to 323M, an 83%, while influenza mortality stayed basically the same!

It’s a good thing that Alex Berenson decided to share the source of his data.
Unfortunately, he decided to remove some data that did not support his claims: 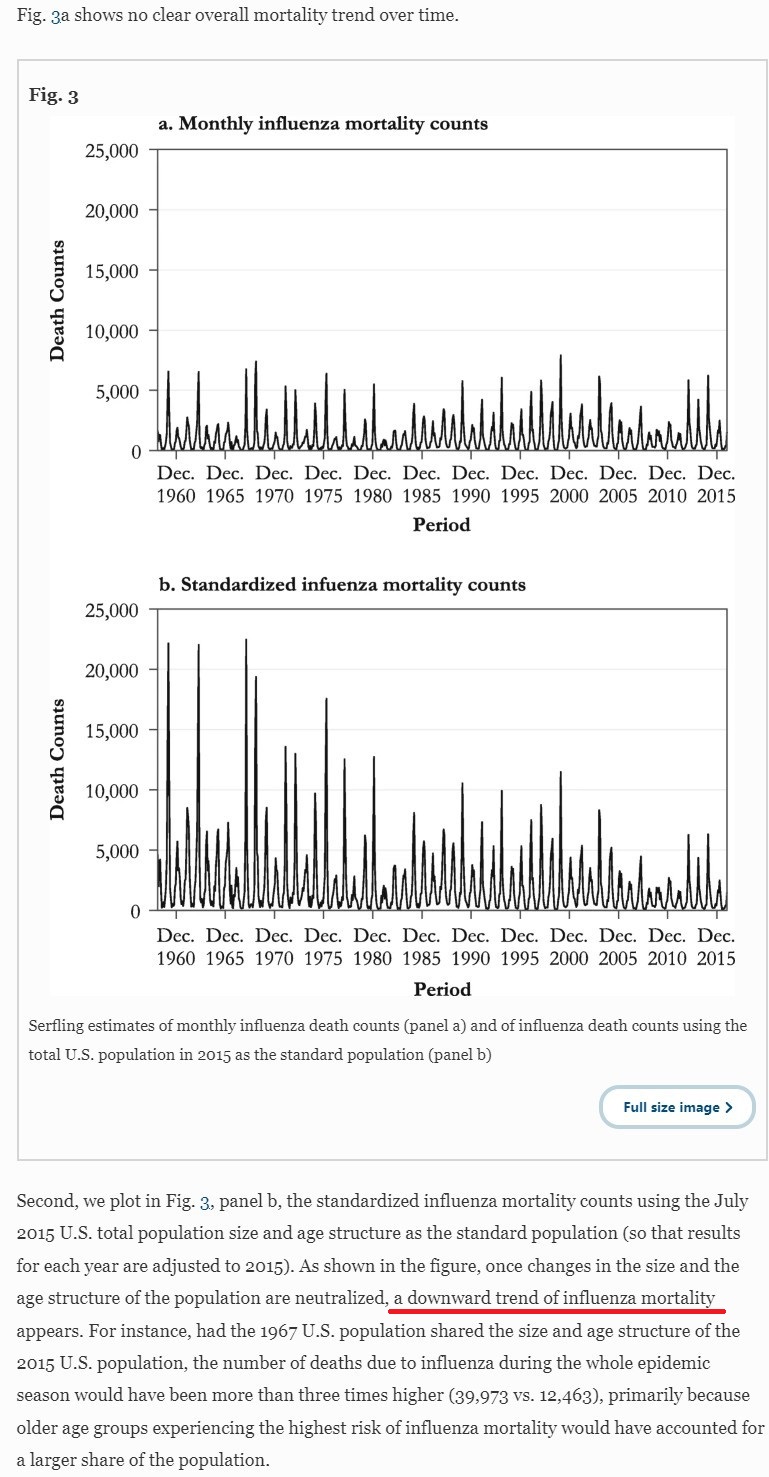 Source: Determinants of Influenza Mortality Trends. Red line is mine.

The only definite conclusion I can make from everything above is that I can not trust Alex Berenson, the guy who tells half the truth.