Some friend of mine has ported Mad Tanks to iPhone.
Unfortunately, name “Mad Tanks” was occupied on App Store, so we chose “Soko Tank”.
Soko Tank game for iPhone and iPod Touch is available at App Store now.

[ I have found new artist for Resistance Is Useless game, he decided to make all the graphics from the beginning. So… ]

[ I’ve almost finished with the new design for Pozirk Games website, I’ll switch to it next week. ]

[ Some cool guy from flashgames.de purchased a source code of Instant Football. Second purchase already, this game is popular! ]

[ Friend of mine is porting Mad Tanks to iPhone! And he has almost finished. Unfortunately name “Mad Tanks” is occupied by someone else at AppleStore, so we decided to switch to old name: “Soko Tank“. ]

It’s all the news so far.

Please be patient this game takes time to load… 🙂

There is a small glitch in Mad Tanks and someone has already used it.
I give 1 million points to the player, which pass last level, so it is easy to see who actually finished the game.
But some guys don’t submit their score at the end, instead of that they go to main menu, press continue and play last level again (but they’ve already got 1 million points). So they finish last level once again and get their next million!
That is why there are some players with the score 2+ millions.

Finally!
The game can be played here: Mad Tanks

Finally, I have received payment from King.com, for Mad Tanks.

Game should be released in December, meanwhile I’m starting to make new game.

Everything is quite official, we’ve even signed a contract. Now, game is testing by King’s team, and they’ve found a bug! 🙂
If swap box to/from the slot it won’t change its state and you won’t get into the next level.

Sponsored through FGL, there were a lot of bids, but King’s bid was the highest.
I have also made a walk-through video for them. Btw, it took me about 45 minutes to finish the game.
Video will be hosted exclusively on King’s website, I will just post a link here.

Unfortunately, Map Editor won’t be included with the release… Maybe, I will figured out what to do with it later.

Maps for Mad Tanks can be easily created with the help of this Map Editor.

END_OF_DOCUMENT_TOKEN_TO_BE_REPLACED

Designer have just sent me the cover of the game.
For me, this cover is better than whole game. 🙂 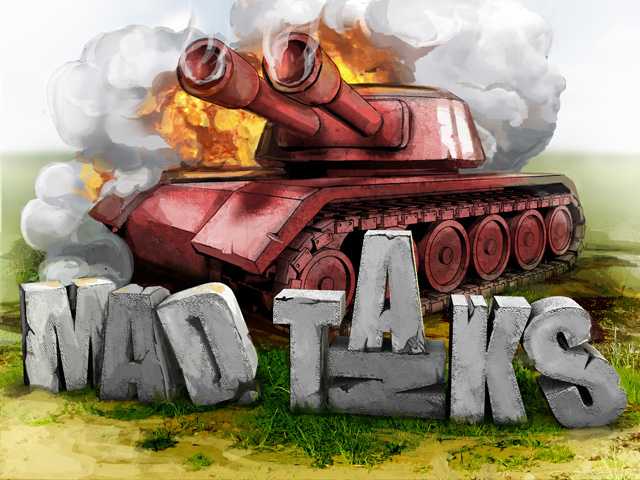 Game is finished. Looking for sponsor…

Well, because there is already a game called Sokotank, I’ve decided to change the name of mine.
Now, it is Mad Tanks.
Storm of applause. 🙂

Some screenshots from the game.
It is almost done. Still waiting for some graphics and need to make levels 🙂
Some features (well, for me it’s features :)):
* stereo sound;
* auto-pause if user switched from game;
* keys redefinition;
* 3 sound tracks;
* power-ups and different weapons;
* and so on…

I’m happy to say, this will be my second game(Soko-tank, first was Feed The Furry) where I will use the music written by Achim Tober.
His website: http://www.softworxs.de/, where everyone can find something interesting and free :).

It should be 2 games in one: an old, well-known tank game and also 🙂 old and well-known sokoban(or pusher) game.
So, main hero has a tank, he should move boxes to slots to open a portal to next level, and enemy tanks will be in the way of this process.
I’m going to add different kind of weapon, power-ups and maybe bosses.

Yes, I’ve finally started to make a new game.
Well, right now I’m in process of planning…
And this game will be on AS3.